HOW I WAS INTRODUCED TO KNIFE THROWING 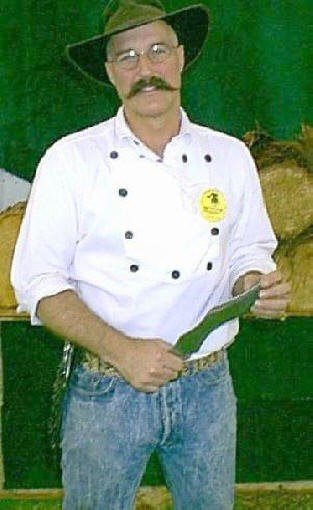 One extraordinary day, many summers ago, my Dad took a chance and cast off the so-called "parent code of conduct" role. By either accident, design or desperation I will never know. I did not realize it at the time that it was going to be this side of him that would bond a father and son for life. I had a bit of an attitude then because I thought that, all the other kids in the neighborhood had their dads out shooting hoops, throwing a football or fielding flies. Where my dad did not go in for that much, as he was built like a fireplug and was not one for chasing a ball around. I really wanted the sort of father and son stuff. Not that he wasn't but a great dad, I just wanted something that we could do together. So it came as quite a surprise when he called me over to the side of the barn one day, where I thought he was clearing weeds and said, "When I was your age my Dad was already in his sixties and had little time or energy to play with me. But back then, boy's found fun wherever they could and out of whatever they found. So this is what I did to entertain myself". Before I could figure out what on earth he was driving at, he had slipped a strange looking knife from his back pocket, turned and threw it towards the barn; firmly imbedding it in the center of a freshly drawn chalk circle. It was still shaking its rusty blunt end at us when he turned and put his hand on my shoulder. "I first learned to throw knives when I was about your age. Do you want to learn?" MY DAD THROWS KNIVES? WOW! That summer I learned responsibility and diligence; how to hit the broad side of a barn and how to have hours and hours of fun. In retrospect, I think all fathers have the key to their sons' admiration locked away somewhere, if they just look deep enough.

Here are the events on my way to the 199th Light Fighters at Fort Benning, Georgia, Jungle Warfare in Shelby Mississippi; and then off to Mountain Ranger camp in Dahlonega Georgia. My request for transfer in 1966, (my third) finally got me out of Germany. Now I was facing the "new" barracks, on Kelly Hill in Fort Benning Ga. (everything "army" in Germany was 40 years old or older). In 1964 I was seventeen and volunteered "RA" Regular Army, and was off to Germany to find adventure. 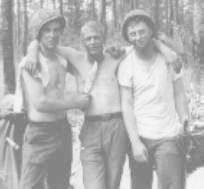 The Berlin wall incidents had the world's attention, and it still looked like it could boil up to something nasty at any time; but by late 1965 all was calm, and the new hot spot was in "South East Asia", particularly "Vietnam". So I put in for a transfer only to find out that all "RA's" who "volunteered" for Europe where not being accepted. 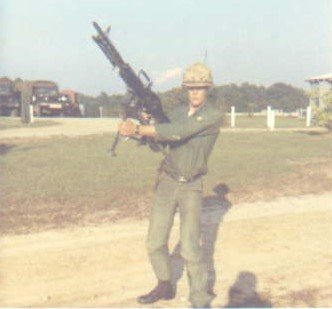 As things got worse in Vietnam, they finely let me out to join a new brigade forming up state side. It was the "199th Light Infantry Brigade"; LIGHT FIGHTERS. Ranger trained RED CATCHERS. Besides that it was rumored to be made up of all "RA's"! When I arrived at Fort Benning in March 1966, I discovered that we were indeed from all over and all "RA's", M.P.'s, Ranger's, Artillery, Airborne, Engineers, to the Special Forces, from newbie to lifers. We were in for a conglomeration of training that was not all by the book. To those of us with a year or two in service (and the flab to prove it); all this sounded like, a recall to "Boot camp" and the poor guys who just got out there, it sounded like a bad dream. 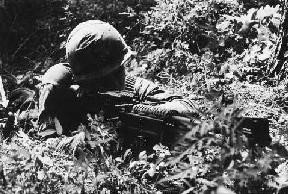 The floors of Kelly Hill Barracks were almost empty when I got there in March; but by June 12 they were 3/4 full. For the most part we just walked around wondering when this "Pony and Dog show" was going to get rolling. Then it happened. One day at First Call; "LEFT FACE"; "BY PLATOON, FORWARD HARCH"; "DOUBLE TIME HARCH", and off we went for a three mile run. For the "seventeen year old Boots" it was no big thing, but to us old Farts "all of nineteen and up" still full of German beer and sausage it sure took its toll. That first run was a bad day for us. From then on it was we "Hauled Ass” everywhere, and the runs got longer; a lot longer! And we got better; A lot Better! By November I was only one point from a perfect score on my Physical Proficiency Test. We all were pushed to do our best, by our C.O. Capt. Wood. A real leader.

STORIES FROM OUR A.K.T.A. MEMBERS 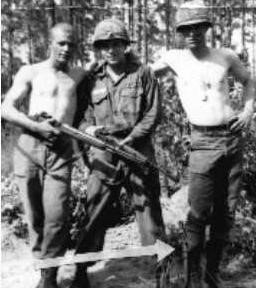 Taken from A.K.T.A. BULLSEYE BUSTER newsletter by Harry McEvoy (Winter 1973) In the last issue we touched upon an incident which happened to member John L Bailey, of Chelsea, Mich., who, with a remarkable throw of his knife possibly saved the life of a fellow soldier about to get nailed by a rattlesnake. His full story of the event is: "It was like any other army maneuver on that hot, humid day near Ft. Benning, Georgia, in August of 1966. I was a machine gunner, and in charge of the squad, but not liking it much since our Sergeant, who normally ran the show, had been suddenly shipped out, with me temporarily taking his place. We had orders to have the squad dig their foxholes in an orderly and military manner, but the men cared very little about taking orders.